Jorge is a fully bilingual Cuban American born in San Diego, California whose lived in Miami for over 39 years. A marketing and sales seasoned veteran with a privileged career in the media industry for two decades selling advertising and intellectual property rights for top tier television networks like Univision, CBS, ESPN & NBA to name a few. Not afraid of reinventing himself after the recession in 2008, he jumped headfirst at an opportunity that was given to him by a family-owned food distributor in Miami selling to small independent retail supermarket stores. He started from the bottom and worked his way up to eventually become the top producer in the company. Shortly after, he was acquired by the leading food purveyor in the southeast now owned by Palladium Equity, a private equity firm out of New York to handle big chain accounts like Publix, Walmart, Sams Club & BJ’s, representing over 100 million dollars portfolio.

In 2013 he married Karla and without hesitation, Jorge reinvented himself again and got his real estate license to join his wife at Luxury Living Realty, her brokerage firm. He’s been a resident of Fisher Island ever since, and has become a luxury real estate specialist, an avid golf member and tennis player on the island. He is also very involved in the Miami Brain Tumor Coalition, a non-profit organization affiliated to The Preston Robert Tisch Brain Tumor Center at Duke University. 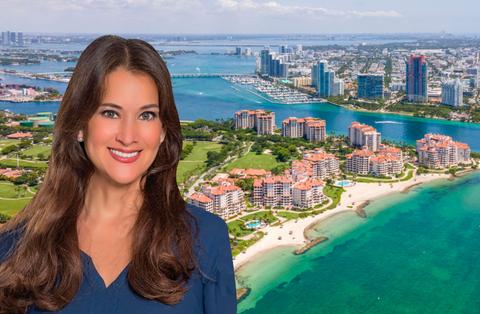 With over 25 years of expertise in this area, I'm here to provide all the insight you need.

Please fill the form below and we'll contact you shortly.

Thanks for contacting us!

We have successfully received your form submission and will take it from here. You have a great rest of your day.

By submitting this form, you are consenting to receive marketing emails You can revoke your consent to receive emails at any time by using the SafeUnsubscribe® link, found at the bottom of every email.

Welcome Back
Not registered yet? Register now
or

You can see your saved properties
under your account

Your changes have been saved successfully

Please provide your contact information and one of our real estate professionals will be in touch.
CALL US (305) 343-5830

Email to a Friend

Recomend this to a friend, just enter their email below.

Information has been updated!

Your email was sent successfully

Your search has been saved successfuly.